When Aldo Rossi was asked to design this building, he was told to keep the historic part of the buildings around it in mind while designing the Scholastic Building. They wanted this building to stand out than the rest on this historic street. Rossi planned the building’s public spaces, including a lobby sheathed in metal, terra cotta and stucco, drawing the exterior themes indoors, a basement theatre modeled on Palladio’s 16th century Teatro Olimpico in Vicenza and a café. When designing this building, used a “kits of parts” methodology. This method allowed the builder to build the building at an affordable price. The red, green, and white colors recall the vast array of the cast iron buildings and it also mimicked the colors of the buildings next to it. According to Rossi, theatres were places where architecture ends and world of imagination begins. Aldo Rossi designed this modern theatre in the 70s. It is located in Venice, Italy. When constructed, this building was towed by a tugboat to the waters. Then it was erected over steel beams and welded together to form a raft. This building is around 82 ft high starting above the raft. The top of the building has access to a balcony. The tubular steel structure is paneled with wood from the inside and out. 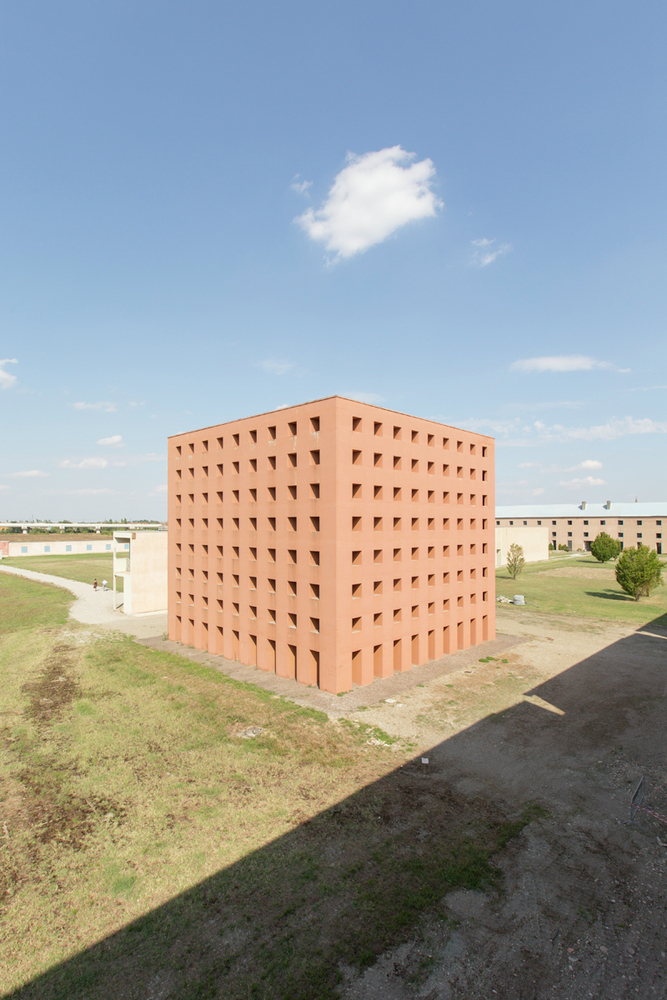 The San Cataldo Cemetery was built around 1978. This building was built on a previous cemetery which was made by the architect Cesare Costa which was carried out from 1858 to 1876. It contained a good amount of engraved statutes and tombstones. Rossi believed in typologies, which are translations of the past. He combined ideas from the Costa and Jewish cemeteries to design the San Cataldo Cemetery. The building is an all orange colored building. Rossi used a bounding wall similar to the one in the Costa Cemetery. The concept of a series of buildings terminating on a funeral structure is morphed into Rossi’s design as well. This cemetery has no roof, floors, windows, or doors. Instead it has openings for light, others for views, access, and containment of cremated bodies. Many think the building is ugly and depressing.

The Bonnefantenmusuem was designed by the Italian architect Aldi Rossi. He designed this building in a E-style shape. It was built with four stories and it has a separate distinctive tower on the banks of the Maas. The building is made up of traditional material like bricks, natural stones and zinc, with a skeleton of concrete and steel. The cool thing about this building is that it has this staircase that has natural light coming from the outside through glass on the ceiling. Fun fact about this building is that the staircase is actually a covered street. So when you are going through the staircase, it feels like your are walking outdoors.

The Hartland-Jackson Atlanta International Airport is one of the largest in the world and I believe it might be the largest as of right now.  I remember when I went to this airport last year in the summer when I went to a trip in Cabo. Coming back to Oklahoma, I had to stop in Atlanta and I was amazed on how big the airport was. Taking the shuttles to your terminal, since it was so big to walk, was pretty cool because I have never used one at an airport before. I usually don’t fly much but this time I was amazed. I have been to airports like the small one here in OKC which is the Will Rogers Airport. Also airports in Mexico and the Dallas and Utah one but this one was definitely eye catching. The thing sucks about huge airports like this one is that it is easy to get confused where to go when you arrive there. The thing that is good though is that there are many people to ask questions and they will help you out. I know when I got there we had to go through customs to be able to get into the airport and wait for the other flight. It literally took us like an hour and 20 minutes to go through security and customs. The reason that was is because they are a busy and large airport and they have a lot of passengers. Even though this was a negative thing, it was a cool experience to see how big the airport is and how different it is from all the other airports that I have been to. 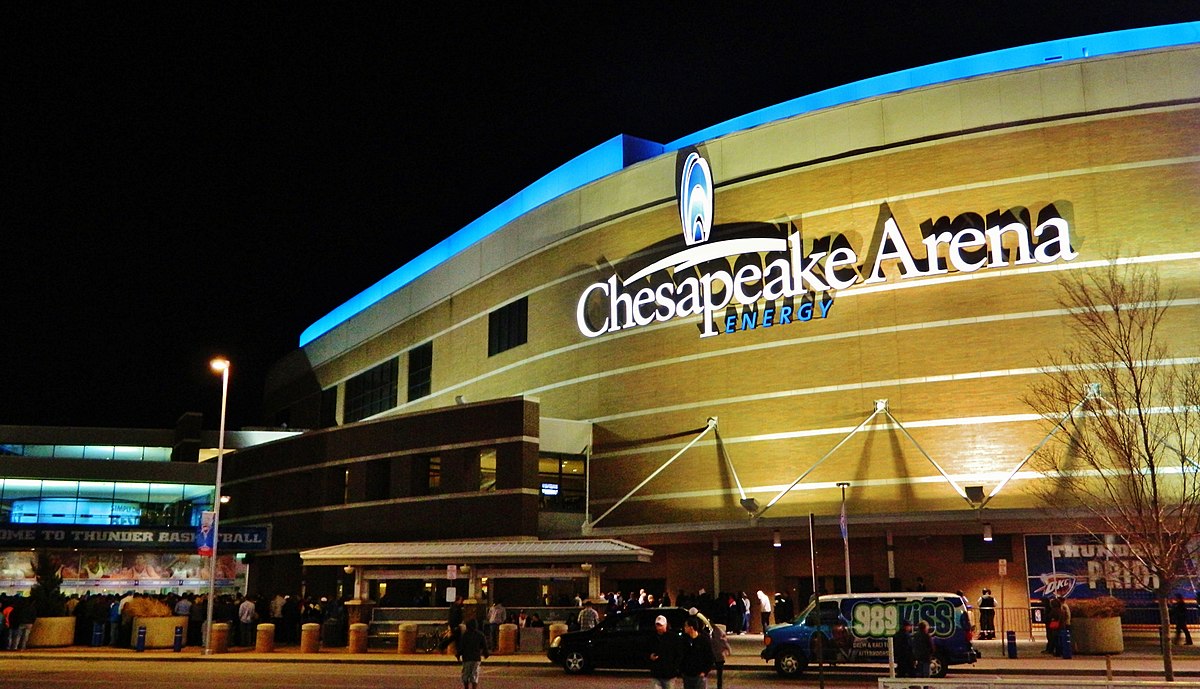 The Chesapeake Energy Arena is the stadium in Oklahoma City where the OKC Thunder plays and where other events take place. The thing I like about the Chesapeake Energy Arena is that it is right next to Brick town. You can literally walk to the other side and you can go eat or take a stroll down by the little river. I also like the inside. It has a good atmosphere when you go watch the thunder play or if you go to a concert. I have also been to one of the PBR’s that took place there and it was cool how you can see the whole thing from any seat. I have always liked this building because I have been going there since it was called the Ford Center. I remember my dad used to take us to hockey games and to basketball games as well. I went to like 2 hornets games while they were playing here and I went to a couple of the Blazers hockey team games when they were playing there. My dad used to get free tickets at work and he would take us on the weekends. Even though I do not watch much hockey, I would like to go to the actual games because it was a different vibe than just watching a hockey game at home. I guess it is the same for any sport. Everyone is so excited at the actual games so you get into it even though you may not be interested in that certain sport. I don’t think this building beats the AT&T Stadium but it is still one of my favorite buildings here in Oklahoma that I have been to. There are other buildings that look nice to like the Devon Tower in OKC but I have only passed by that building and have never been inside.

This stadium is one of the best stadiums I have been to. I went in the fall of 2015 to watch a Mexico soccer game against Argentina. I will never forget how cool it was to watch this soccer game in that stadium. First of all, it looks really nice from the outside but also from the inside. The place is big when you enter. There are many flights of stairs you have to take in order to get to the top. I remember we entered through the wrong gate and we had to go up the stairs in order to get to the other side of the stadium. The reason we did this is because we were able to use the elevators but they were very busy so we decided to take the stairs. Little did we know that we had to go up like 8 or 9 flights of stairs even though it said there were 4 floors. It was weird to us and it was tiring to go up so many stairs. Then after we reached the top, we had to back down all the way to the first floor because of our seats were there. Even though we had to do this, I will always remember the stadium and how it is from the inside and out. The way it is structured looks really nice and is eye catching. The roof that night was also open so it was cool being under the dark night but with a lot of bright lights. At some points I would forget that the roof was open because there were so many lights that you could not tell you were outside. I have not gone to many stadiums in my life but this one is the best one that I have seen. I definitely want to go back to watch another game. 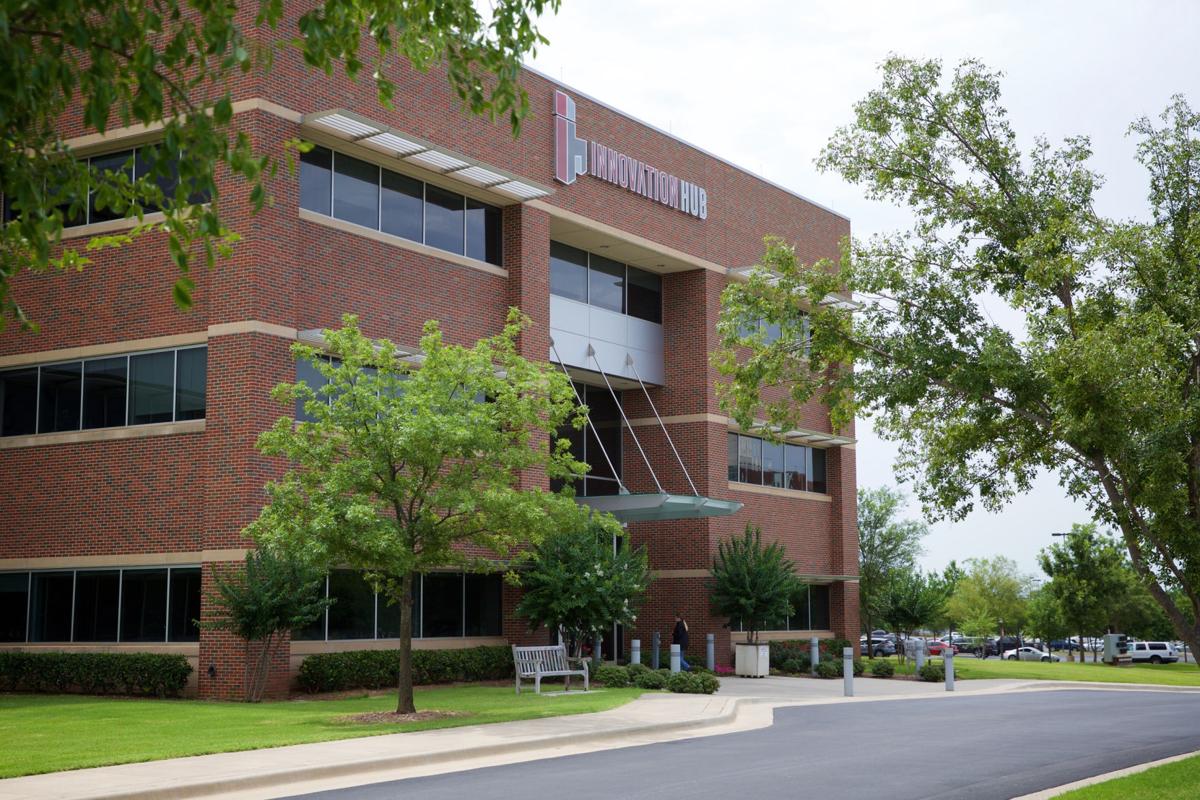 The Innovation Hub is a new building to OU this year. It is located on the south side of campus by the National Weather Center. The building has a more modern look than most other buildings on campus, like the lower level of the Bizzell Library. I like how this building was made in order to innovate new things that people have. Basically what they have in this building is tools and machines to make new things. For example they have saws, laser cutters, 3-D printers. The staff there will help you out with whatever idea that you have. This past semester, I was the banquet coordinator for this conference that my organization hosts. It is called TREE Conference. I had to get centerpieces for the banquet and I decided to do them at the innovation hub. It was great because the people there helped me and I did not have to worry about having someone else screwing up my design. I also like how the facility is free. The only thing you have to do is bring your own material. On top of this, the Innovation Hub also has study rooms and conference rooms so that people can study and have meetings. This is one of my favorite spots to study at because the lighting is great and there is plenty of room. The building is not that big but I still think it is one of my favorite spot on campus to study at.