I’m from Riverside, California and there is an inn that is considered a historical landmark called the Mission Inn located downtown. It started out as a very modest cottage inn and the owner’s son Frank Miller slowly added on the inn in varying different architectural styles until he died. It has Spanish Gothic, Spanish Revival, and several other styles. 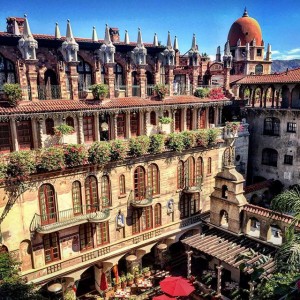 Since its situated in downtown, they will sometimes have co-events with the hotel and the city. During the fall, downtown Riverside has weekly live music and vendors along the streets, and the hotel has a restaurant open to the public. One of the co-event occurs during Christmas time, called the Festival of Lights. 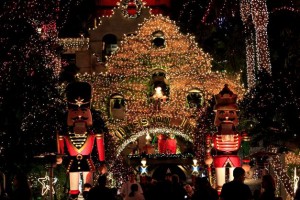 The Festival of Lights is held annually the day after Thanksgiving, and it was a tradition for my mom and I to go and see everything first lit up. They have tons of decorations, carolers, and fireworks. I have a lot of good memories with my family and friends related to the Mission Inn, and always recommend it to friends who are in the area.

One thought on “The Mission Inn”