Steven Holl is an American architect who lives in New York City. His architectural style has post-modern and existentialist influences. Holl has received numerous awards for his work, including the prestigious Alvar Aalto Medal in 1998. Holl was named America’s best architect by Time in 2001. Holl is also an active author who has written over 20 publications. Four of his architectural masterpieces are explored below. 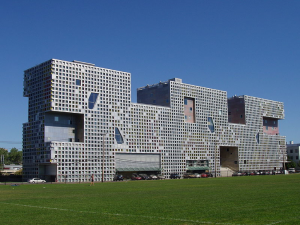 Simmons Hall is one of Holl’s best known works. It cost almost $79 million to construct and is made from an enormous reinforced concrete block. The design is intended to mimic a sea sponge. The design of the building is lauded by some and criticized by many as ugly. Holl focused on form above function in the building’s design, with the result that some of the students living in the dormitory must walk an eighth of a mile to reach the cafeteria. 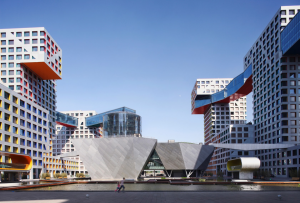 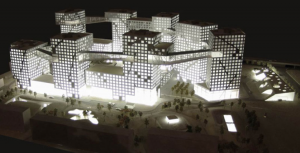 Holl designed this complex building complex in Beijing, China. The prolific use of windows recalls the outward appearance of Simmons Hall. The Linked Hybrid buildings are heated and cooled by 655 geo-thermal wells. The building contains 750 apartments and a variety of businesses. The complex is 21 stories high was built in six years. The building has won awards for its environmental sustainability and design innovation. 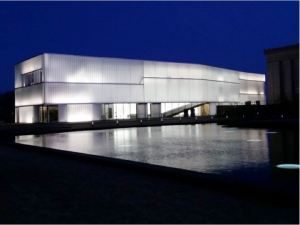 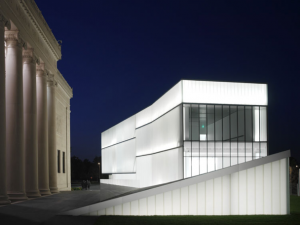 Bloch Building addition to the Nelson-Atkins Museum of Art (2007)

The Bloch Building, located in Kansas City, Missouri, was lauded by several renowned architects and publications for its daring use of light and shape. It was co-designed by Steven Holl and Chris McVoy. In 2007, Time awarded it the best upcoming architectural marvel first place among “The 10 Best (New and Upcoming) Architectural Marvels” of the entire world. The structure is unique in harnessing the brightness of natural light to illuminate artwork. Like the two structures above, this building extensively uses rectangles. It provides a lively juxtaposition to the neoclassical museum façade just to its west. 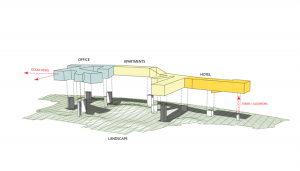 Another environmental marvel, the Horizontal Skyscraper houses a variety of businesses in Shenzhen, China and is certified LEED platinum. The design harnesses sea breezes to provide natural ventilation. It is equipped with several water-saving and filtering fixtures as well as wall coatings that optimize the structure’s temperature retention. The facility is built atop a reclaimed lagoon and offers vast ocean views. The protruding portion closely resembles the second photo of the Bloch Building above, demonstrating the continuity and evolution of Holl’s style.