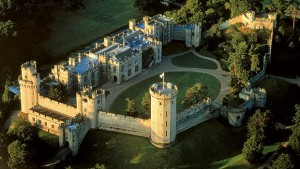 I have a lot of family in England, and when we get a chance to visit one of the places we frequently go is Warwick Castle. I’ve always liked how preserved and huge this castle is, especially in comparison to similar castles that have not survived as well through time. The castle has a mixture of a more imposing and strong exterior, as well as a grand and lavish interior with rooms designed for kings. 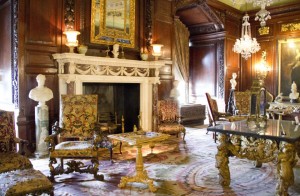 The castle itself was built in 1068 by William the Conqueror in the county town of Warwickshire, England. Originally it was a wooden motte-and-bailey castle before being rebuilt in stone in the 12th century. It stood as a stronghold until the 17th century when Sir Fulke Greville converted it into a country house. It now serves as a popular tourist attraction. 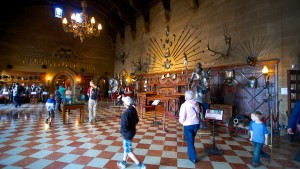 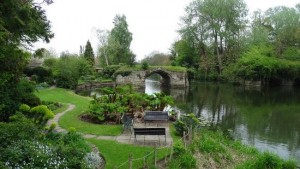 The entire place is a wonder to behold from its majestic walls and towers to its refined and sculpted rooms and ornate gardens. It is definitely within the top ten places I’ve ever visited.

Another building that I find architecturally fascinating is the Winchester Mystery House, which is located in San Jose, California. It is on the National Register for Historic Places, and is a tourist attraction. It was first built in 1884, and several additions to the home were made by Sarah Winchester until she died in 1922. It is allegedly haunted by victims who were shot with Winchester rifles, and Sarah, driven by her paranoia, was said to have commissioned workers around the clock to build new rooms constantly. 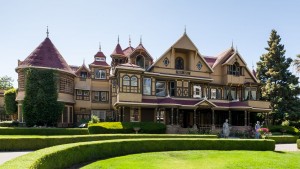 The house features rooms of varying heights, staircases that lead straight into the ceiling, and doors that open to nowhere. It used to be seven stories, but after the 1906 earthquake it was reduced to four stories.  It had a lot of new innovations for its time, such as gas lights in the home, a horizontal hydraulic elevator, and indoor heating. 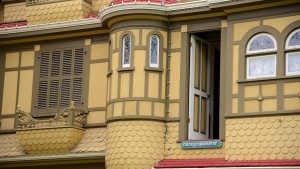 When I was in high school, my cousin and I took a tour of the house. The rooms were amazing to walk through. There are 160 rooms (though only 110 are open to tours) and are completely furnished. Even though the tour took place during the day,  it was really eerie in the house, which was most likely played up since it is supposed to be haunted.

While studying abroad in Belarus, we took a weekend trip to see several castles around the country. Nesvizh castle stood out to me from the others because of its  beautiful coloration and impressive rounded courtyard that makes the buildings feel like they are all looming around you. I also really liked the rich history of this particular castle as it changed hands of many different empires and its combination of different cultures in its architecture.

The Nesvizh castle was originally the home of the the Radziwiłł family, a noble family prominent in the Grand Duchy of Lithuania. It also housed the government of the Second Polish Republic and was turned into a sanatorium for a short time. Sacked by the Swedes, Russians, and later the Soviet Union, the castle was renovated many times turning the originally medieval castle into a more Renaissance-baroque chateau.

As you can see, the inside of the castle is all beautifully decorated with a more Victorian era aristocratic design.  All of the floors are wooden with intricate designs that match the sculpted ceilings and there is a definite influence from Western Europe. Taken all together it has a dignified and overly ornate feel that leaves you fascinated.

Walker Tower is where it all began. It was the first step to becoming an adult. I lived in Walker Tower my first semester of college, I was on the fourth floor. I remember Move-In Day like it was yesterday.  My mother and grandfather came with me to help me move my things into the dorm. While they were there they got to meet my roommate and her parents. The weeks leading up to Move-In Day were ecstatic. I was so excited to move out of the house and be on my own and begin college. Until it was time for my mother and grandfather to leave. As I watched them drive away and head back home my heart was crushed. Here I was, I was actually on my own. I felt sad and overwhelmed, I just wanted them to turn around and come back and stay with me for a little longer. Walker Tower means so much to me. It was my first step to becoming a first generation college student for my family. It was where I began to make a name for myself and my family. I may not be anyone important or rich once I graduate, but for my family I accomplished something they could not or did not get the chance to. 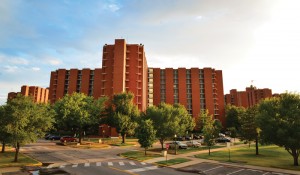 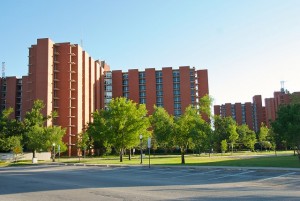 After my travels in Italy, I spent a few days in the beautiful city of Amsterdam. The city itself is gorgeous, and the buildings are so unique; each was built with a different style. If you have ever been to Amsterdam, you know that it is a city of many museums. During my time there I went to the Moco Museum. The Moco Museum is a private gallery the features art by Banksy and Andy Warhol. The museum likes to focus on artists that have proven their vision. What I love so much about this museum is from the outside it looks like residential home, but on the inside, every floor is filled with paintings. Just to give you all some information about Banksy, he is a street artist that focus his work on political pieces. So to have his pieces in a gallery instead of out in the real world is very special. If you ever have the opportunity to visit Amsterdam I highly recommend this museum. 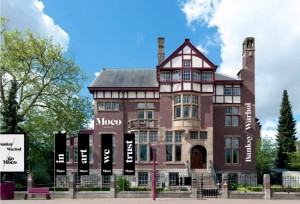 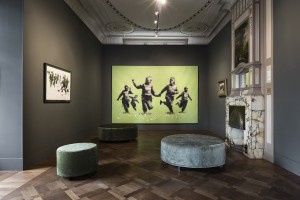